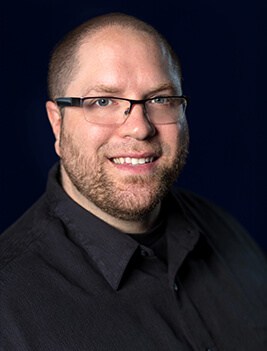 
Ever since Michael was a young child, he had a great interest in audio. Michael and his siblings would record mock radio shows on a cassette recorder and then play them back to his family for fun. When Michael was 6 years old, he told his mother he would only watch cartoons for the sound effects and music (Go Bots).

Throughout his adolescence, his interest in audio turned into a passion. As a teenager, Michael would engineer and mix music tracks that he produced in his parent’s basement. After high school he was accepted into Emerson College, which is one of the top 10 film schools in the United States. After arriving at Emerson College, Michael quickly became Production Director of the schools #1 ranked college radio stations in the country, 88.9 WERS. Michael was a recipient of four Evvy awards, Emersons' highest honor, in sound design and mixing. It was at Emerson where his passion transformed into a professional career in production and post production audio.

Michael credits his recent collaboration with Academy Award Winner Al Pacino as a rigorous and accelerated film/life course, because of the many life lessons and philosophies learned from working with Al closely for over a year.

To date, Michael has worked on over 150 IMDb accredited films in the post audio department. He has over a decade of live broadcast television experience as well as, working for Fox Sports, Fox Deportes, and 17 seasons on Hell’s Kitchen. Post sound is in Michael’s DNA. His unmatched skills and creativity contribute to the success of every project. Michael works enthusiastically and tirelessly to meet his deadlines while catering to each Directors' story and unique vision.